When we were young, cooties were the height of disgust and fear. Never seen but horrifically imagined, they were the playground equivalent to serial killers. Tag was a game we played, though, despite the fact that the rules are identical, playing “cooties” added a dimension of engagement that was hard to duplicate. You heard the word and ran, the only sound being that of your heart pounding in your ears.

Becoming an adult marks an important transition in our relationship with cooties, namely an inability to flee. When cooties arrive in the house—and we now know it’s not just one thing, but lots of things, and most of them are real—it’s our responsibility to stay close and to deal with them in the knowledge that, for our kids, we’re frankly the only ones that will. I once told my daughter when combing her hair for nits that this is the ultimate expression of my love. Hugs are easy. We hug lots of people we don’t necessarily love, or perhaps even like. But we don’t comb their hair for nits.

And there is another transition that comes with parenting, though a bit later than the first. It’s the growing understanding that these things aren’t rare or, for the most part, truly horrific in any objective, tabloid fever sort of way. Cooties in one form or another are normal, common and, despite any visceral reaction we may have at first glance, running away requires a lot more energy than simply dealing with them.

Pediculus humanus capitis (head lice)
“It’s got this negative ick factor,” admits Dawn Mucci, “and people do tend to panic.” Mucci is the owner and founder of Lice Squad, which is a public health equivalent of Ghostbusters. In that role she spends her day finding and eradicating lice from our children and our schools, and educating people about what lice are and how to deal with them. “You can probably get rid of lice within the day as long as you have a good comb,” she says in order to underscore the idea industrial grade pesticides don’t have to be, nor should be, our first-line defense. In fact, Mucci has made it her mission to demonstrate that we don’t need pesticides at all, and educates parents to be proactive and preventative rather than reactive and demented. “What we really try to do is make fun of head lice. We’re all going to get it at some time or another, so get the education, get it gone, and let’s not make such a big panic about it.” Head lice have evolved specifically to live on people; there is no other environment in the world where they can survive. Kind of makes you feel wanted, doesn’t it.

Lice aren’t dangerous and they don’t spread disease, so the only reason you’ll want to get on top of it is because A) they’re gross, B) you can’t send children to school with them, and C) they’re gross.

Body lice
Yup, crabs. Pediculus humanus humanus—the lice so nice they named them twice. They can remain dormant in a summer camp mattress. Believe me. They are slightly different bug than head lice, though equally well adapted. If you’re not an entymologist, this is the distinguishing factor: they lay their eggs on fabric, not hair or skin. Good to know …
Ultimately, the less said about lice, the better. Wash kid, bedding, towels, clothes in soap designed for the purpose.

Infantile Seborrhoeic dermatitis (cradle cap)
Outside of the winter months, if a baby is wearing a hat you can be pretty sure that it’s hiding something. Namely, a bacterial colony. Whatever cutesy-poo name you choose to call it—milk crust, honeycomb disease, cradle cap—it appears as thick, crusty, cracked brown scales, and it’s as disgusting as it is ubiquitous. Nearly half of all newborns get at least a mild form.

For most kids, gentle washing with a mild soap over the course of a number of days will take care of it. No biggie at all.

With its discovery in 1687, scabies became the first human disease with a known cause. And we still haven’t gotten rid of it.

Sarcoptes scabiei (scabies)
In dogs, cats, wild boars, and apes it’s called mange. In people, it’s scabies. Whatever you call it, it’s a colony of invisible mites: the females burrow into the skin to lay eggs, which then become nymphs, and then emerge onto the surface of the skin as adults. You get the mites through direct skin-to-skin contact, and the result is an intense itch, redness, and in some will cause a strong allergic reaction.

Scabies is the third most common skin disorder in children next to athletes’ foot and impetigo, though it often goes unrecognized. Go to the doctor, get the stuff, and use it on everyone in the house, including the dog.

Tinea Pedis (athlete’s foot)
Were you to google Google “athlete’s foot” (please don’t actually do this, or if you do, don’t say that I didn’t warn you) and click on the images tab, you’d be surprised. It’s hideous. And what you would see there is what I saw one day when my daughter took off her socks. (Cue the music from the shower scene of Hicthcock’s Psycho.) It’s a fungus thriving on the moist, supple flesh of your child.

Spray, spray, and spray again, and a couple times more. Then you’re good. The only thing that will remain is the memory, which you’re going to be stuck with for the rest of your life. 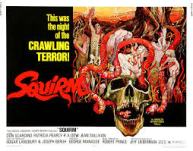 Conjunctivitis (pinkeye)
Pinkeye can be transmitted—as you likely already know—at a furious rate. There was an outbreak in Korea in 2007 that went from a few cases to 20 000 in the space of a week. They closed schools because of it.
Ok, now what? Keep you child home from school in order to avoid communicating it to others, and apply topical eye drops.

Impetigo contagiosa (impetigo)
Because impetigo can run through a classroom quicker than a rumour, it is known in some circles as school sores. It’s a bacterial skin infection more common in children because they bump into each other a lot. It’s also hideous: weeping, open sores, blisters, scabs. It’s a great look for Halloween, but otherwise, not so good.

Ok, what now? See the doctor. The treatment is quick and painless, but the child will need antibiotics, either ointment or tablets, that aren’t available over the counter. Otherwise, the best prevention is to keep your child’s nails clipped and clean and tell him, whatever it is, don’t scratch it.

Actually, it’s not what you think …

Dermatophytosis (ringworm)
For some reason, wrestlers get it statistically more than any other group. It also isn’t a worm but a fungus growing on the skin. Round, raised, red, ringworm is also one of the reasons why kids should wear shoes—people who go barefoot are more at risk.

Antifungal soaps, both for skin and clothes, and Bob’s your uncle.

Verruca Plantaris (plantar warts)
We tend overreact to so many things, though the gap between the risk and revulsion when it comes to warts is particularly vast. I know. I’ve had plantar warts, and if anyone sees them, well, it’s bad. We think that they are hideous, though many other things look worse. We also think that they’re hard to get rid of, which actually isn’t the case. Plantar warts are self limiting, and in most cases given enough time they will go away on their own.

There are lots of options from freezing, to burning with a mild acid, to laser treatment. But, yes, duct tape really does work. Clean the area, remove the callous and dead skin with a pumice stone, and cover the area with a piece of duct tape. Repeat every few days and, after a couple weeks, you’ll be telling everybody how much you love duct tape.

Herpes simplex (cold sores)
About 90% of the adult population tests positive for the virus that causes cold sores, though the majority will never exhibit symptoms. For those that do, however, it’s no fun at all, precisely because cold sores appear on the face, right out there in plain view. They can be caused by kissing (and a lot of other contact, too) and kids can be cruel—there can be teasing, embarrassment, you name it. The virus is incurable so, even when any lesions have resolved, it remains dormant within in the body and will reemerge again after a period of months or years, most typically at the time of school photos and the prom.

Leave it alone: tell your child not to pick it or touch it. There are some over the counter remedies, and many will reduce the symptoms, though it’s also worth raising with your doctor, as there are prescription treatments that will help ease the visual.