Johann Hari has written for many of the world’s leading newspapers and magazines, including the New York Times, Le Monde, the Guardian, the New Republic, the Nation, Slate, and the Sydney Morning Herald. For his book Chasing the Scream, he spent three years researching the war on drugs and questioning the ways in which we treat addiction.

Michael Runtz is one of Canada’s most highly respected naturalists, nature photographers, and natural history authors. A birdwatcher since the age of five, he has lived, breathed and worked with nature all his life. Professionally, Michael has worked as a naturalist in Canada’s national and provincial parks, and has performed numerous biological surveys. His eleventh book, Dam Builders: the natural history of beavers and their ponds, was published in 2014. He teaches natural history at Carleton University, and was profiled on NHKs (Japan), Superteachers. He is the host of television’s Wild by Nature, and is a frequent guest on CBC Radio’s Radio Noon.

David Owen has been a staff writer for The New Yorker since 1991. Before joining The New Yorker, he was a contributing editor at The Atlantic Monthly and, prior to that, a senior writer at Harper’s. H He is the author of more than a dozen books. His latest book is The Conundrum: How Scientific Innovation, Increased Efficiency, and Good Intentions Can make Our Energy and Climate Problems Worse.  He lives in Washington, Connecticut, with his wife, the writer Ann Hodgman. They have two grown children, both of whom are also writers: Laura Hazard Owen  and John Bailey Owen.

Jane Yolen is an author of children’s books, fantasy, and science fiction, including The Devil’s Arithmetic, How Do Dinosaurs Say Goodnight?, and Owl Moon, which was awarded a Caldecott Medal. 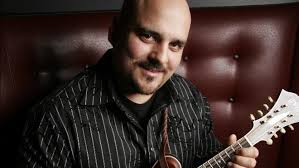 Frank Solivan is a trained chef and the leader of Frank Solivan and Dirty Kitchen, the IBMA band of the year in 2014. Their latest album, Cold Spell, was nominated for the Grammy for 2015’s bluegrass album of the year.

Mark A. Wilson is the Lewis M. and Marian Senter Nixon Professor of Natural Sciences and Geology at The College of Wooster. He is an invertebrate paleontologist and a sedimentary geologist.

Glen Herbert is a frequent contributor to ParentsCanada, Penguin Eggs, Sing Out! and reviews albums for KDHX radio in St. Louis. He is the author of McMaster Children’s Hospital, and a children’s non-fiction book, In Our Own Backyard. He lives in Burlington, Ontario, with his wife, Laura, and their three children, Grace, James, and Charlie, all of whom are very attractive and above average.